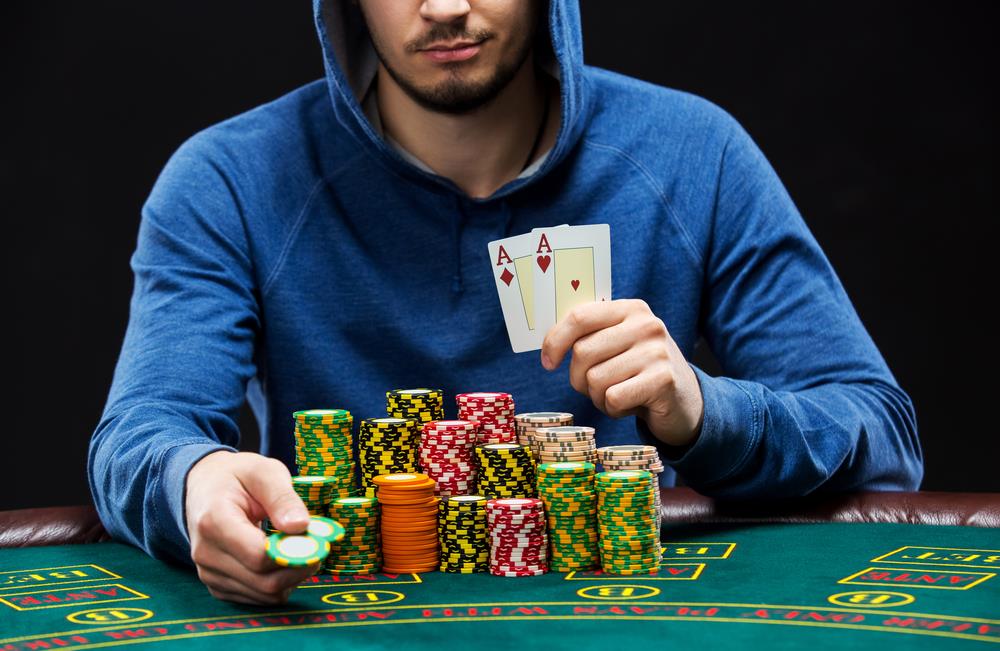 What is pot-limit Omaha poker and how do you play it?

Their is one requirement before learning how to play pot-limit Omaha successfully. It helps tremendously to have some knowledge playing Texas hold’em. Furthermore, it helps to know the limit, no-limit, and pot-limit betting structures. At this point, Omaha should be a reasonably effortless game to pick up having that practical knowledge. This is because the basic play of either game is almost identical. However, there are moderate variations between the games that are of crucial importance. You will not only learn these slight differences, but you will also master a winning Omaha strategy regardless of your personal playing style.

Like Hold’em, Omaha uses the same revolving dealer system. The dealer is specified by a white disc called the dealer button, which moves to the next player clockwise after every deal.

If there are two or more players left after the wagering is complete on the river, then it’s a showdown. At this point, the player with the very best five-card poker hand (making use of two cards from his hand and three off the table) is victorious!

Thinking Ahead of Your Opponents

The capability to think ahead is a vital skill, whether you are solving problems, playing checkers, or playing poker. The player that can think ahead the most will have a significant competitive advantage. This is primarily true in pot-limit Omaha. The most impactful decision of the game is not done at the river, but made on the flop. This means that while the most significant move might be on the flop, many players ignore how much of the game is won before the flop.

Playing Omaha at The First Level

Picture playing a game of chess two moves at a time. The equivalent of calling “checkmate” is “Do you see the flush?” when playing Omaha. Of course the obvious difference is that chess players can’t bluff.

Playing Omaha at The Second Level

As the players become older, they become smarter and then the game shifts. At the second level, the normal player is now setting up their attack three moves in advance. The game becomes “Does my opponent see what I am positioning myself to attack with?” Another question might be “Do you see the trap?”
There could be many parallels in Omaha. One is “Do you see what I am drawing at?” For example, the flop comes 3-9-2 and you have a set of tens. The first player bets $25 and you raise to $100, but the player behind you calls the raise. Then the turn reveals an 8. So the player behind you made the straight. If your money is deep, it would be a wrong choice to do anything but check. You should also pray the player gives you a good price to draw at the full house. This is because any betting would be tossing money away when your challenger makes a pot-size raise, and then you have to fold.

Playing Omaha at The Third Level

At this level, players are setting up traps four to five steps in advance. In other words, a mere possibility of attack is a weapon. At this point, a player suitable of competing at this level would defend against the threat of attack by folding the sucker wrap. Any other player that does not recognize these threats is bound for a broke bankroll.

Playing Omaha at The Fourth Level

Omaha at it’s most complex level. Forget casual, or even serious players; real strategy and planning are at play here. Your dominance of precious real estate (center of the table) is now critical. Not only is the pure threat of attack a weapon, but also the skill to produce multiple threats takes priority. At this level of playing, it is much more overwhelming to defend against several threats of attack. Now that you know the four levels, this next sentence will have more significance to you. Only your opening moves can set you up for dishing out multiple threats to opponents.

The Fundamental Question in Omaha

First of all, when playing Texas Hold’em, the underlying question when dealing with action on the flop is “Do I have the best hand?” However, with Omaha, the query is more often “Can I take this hand to the river?”

Let’s circle back to what you know now. It’s your decision before the flop that sets up the play for the rest of the hand.

For starters, your location at the table (the real estate) is an important factor, but not critical. This is especially relevant if you choose to play a hand from under the gun (UTG). Consequently, you are surrendering a positional benefit to the rest of the field for the duration of the hand. As you now know, it is much easier to play a hand when you act last on every round rather than acting before your opponents.

Furthermore, it is a complete misconception that Omaha starting hands all run close in value. Hence, the truth is that an Omaha starting hand differs greatly in three ways. The first is how they play after the flop. The second is when the stacks are deep. Lastly, and when the pots are fought for by more than one player.

Practically any hand can flop the nuts, but only specific kinds of hands will get your money when all the money is in and all the cards are out.