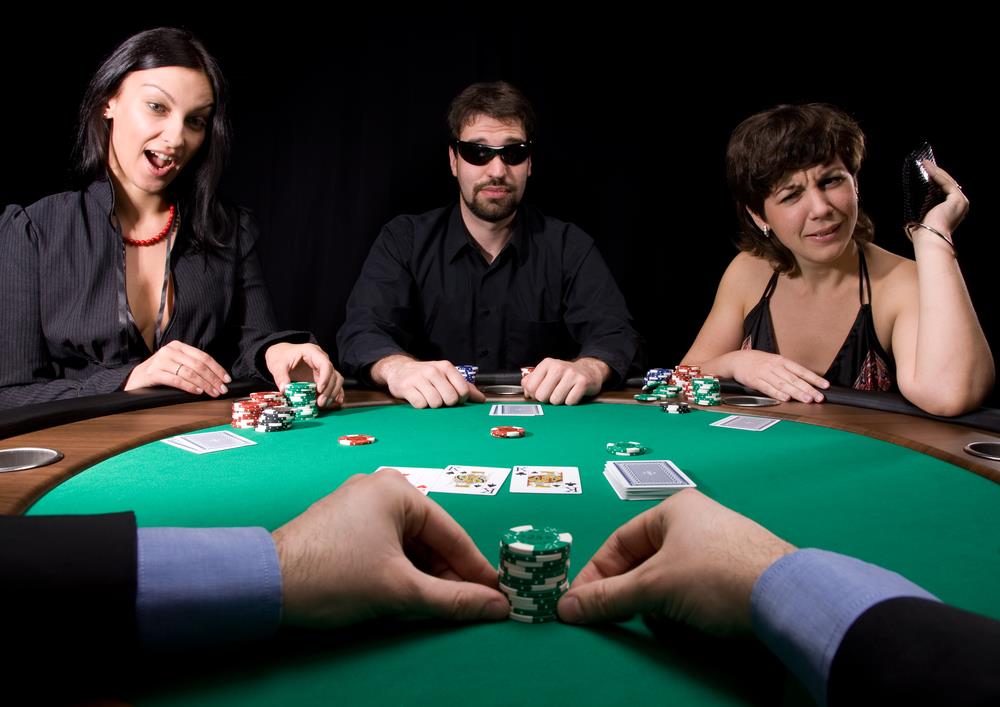 How to Be a Winning Tournament Player

Actually, all of these questions have a similar answer:

First, do not force things to take place. Instead, focus on playing solid poker. Then let the chips accumulate as they naturally do. Incidentally, you can keep this reply in the back of your mind for virtually any other tournament question.

For example: What’s the difference between ring game strategy and tournament strategy? Just keep in mind the previous tip and stay on your normal game. In other words, there is almost no difference. However, let’s find solutions to the top 3 questions regarding poker tournaments.

Adjust Play to the Players

Before you worry about adjusting play technique for tournaments, specialize on adjusting for the different players. The most crucial skill in tournament poker is the capability to react to a broad variety of opponents who play significantly different styles. So if you can do this, you will flourish in either ring games or tournaments.

It is well worth mentioning again, the most devastating tournament mistakes are the consequence of players over-adjusting for poker tournaments. Now it is time to start with the top 3 questions:

How many chips should I possess after the first two levels?

To over-simplify, you want as many as you can take.

Think and Grow Rich (with chips)

Two easy to follow rules. Play your cards. Play your opponents. This means you do not force activity because you think you ‘need’ a certain quantity of chips for any opportunity of winning. Instead, you should be accumulating more chips while concurrently conserving the chips you currently own. It is safe to say the more chips you posses, the greater your chances of winning are. However, with fewer chips, your chances diminish.

How many chips do I need to stay safe? You can forget about achieving any specific chip number. Actually, there is no quantity to drop to in which you have no chance of winning. Similarly, there is no quantity large enough in which you can secure total success. Only one chip and a seat at the table is enough to win or enough to lose. Sure you can always concentrate on a specific chip number, but that is useless and also undermines your capabilities.

Should I play more hands early with smaller blinds, or tighten up later on as blinds increase?

Your play should not change a great deal as the tournament advances. Instead, focus your play to take optimum advantage of your opponents, regardless of how deep you are into the tournament. Rookie players are too loose in the beginning stages of a tournament. Rather than joining these amateurs, adjust at these 3 points:

Likewise, when opponents usually tighten up later on, you should switch gears and steal more often. You should also steer away from getting involved in opened pots. Moreover, your choices should be a response to the way your opponents are playing, not decisions because of where you are in the tournament.

Should I tighten up more as I get close to winning it all, or try to accumulate more chips earlier?

It is common for players asking this question to be already tightening up too early prior to achieving money. In other words, they are over-adjusting to tournament play. You never want to tighten up deep into a tournament when you are only a few players away from the cash. However, if you end up playing tight, then you will regularly finish on or before the bubble. Instead, you must play your best, most ambitious game, and avoid letting your bankroll diminish. Otherwise you can not protect your hand with a pre-flop, all-in raise. If you do fall into this pit, your opponents will be getting appropriate pot odds to call, additionally with weak hands. Rather than fall behind, look for opportunities to make a move before you get in this ugly position, even if you have to raise with a poor hand.

Side note: Playing risky hands with small positive equity makes sense in a non-tournament cash game when you have a large pile of chips. When your chip pile dwindles, however, you are better off saving your money and making use of it later to exert optimum pressure.

So now you understand how important it is to not change for tournament play. You also know solutions to three brilliant tournament questions. Furthermore, you recognize there is little distinction between tournament strategy and ring game strategy.

When to [NOT] Play your Best Game

There are two scenarios when you do not play optimum poker. You probably already know playing “perfect” poker at all times will make you predictable. In order to avoid this, you can mix up your style to keep your smarter opponents wondering. Often times the right move is the wrong move, or vice versa.

Does the different payout structure between tournaments and ring games mean anything?

Yes, the vital distinction is that ring games reward you for how long you endure, rather than how many chips you get.

First of all, everyone has 500 in chips with a value of $500 at the start of the tournament. Eventually the winner will own 50,000 in chips. In a live action game, the winner walks away with $50,000. However, in a tournament poker game, that exact same $50,000 is now only worth $20,000. In other words, your 500 chips are worth $200. This means the value of each chip decreases as your stack increases. It is because of this that you should be more cautious when taking unnecessary risks in tournaments than in a live action game. Inversely, if you are not taking risks in live action, you might be playing over your bankroll. In the end, do not overcompensate for tournament play. When in doubt as to how to play, remember most players will play their best making no changes at all.

On the contrary, there are two cases where adjusting will help you:

1. When you are almost out of money.

If your chips are few and far between, then you must be cautious when committing them. This is most vital when you make a call.

If you have a medium stack, you need to be somewhat more careful. At this point, most of the other players, including larger stacks, do not want to mess with you. Those players would rather steal from you minus a fight. Stand guard and prepare yourself to push back periodically when opponents try to bully you. Doing this kind of creates a game of Chicken between bigger stack players. They fight amongst each other to see who will let the other take the majority of the blinds.

However, when you have a large stack, look harder for chances to bully the medium stack players. Paint a mental bullseye on these players because they will be less likely to confront you. As a result, ruthlessly attack their blinds and antes.

When you are one player away from the final table, a slight adjustment is necessary. Only tighten up a little here because the next game is where the payout severely rewards defeating your opponents.

There is only one good piece of advice throughout the final table. First look for opportunities to push around players with the smallest stacks. Then play as you normally would. There are no more tournament adjustments that would help you. Even in the final heads up. You are basically playing a winner take all distinction between first and second place! No pressure or anything.

In conclusion: Tournament adjustments should be subtle. It is rare that your play would be considerably different in a tournament. When in doubt, basically play your best game. This way, if you never adjust from your regular approach, you’ve got an excellent chance of winning, no matter what game you’re playing.