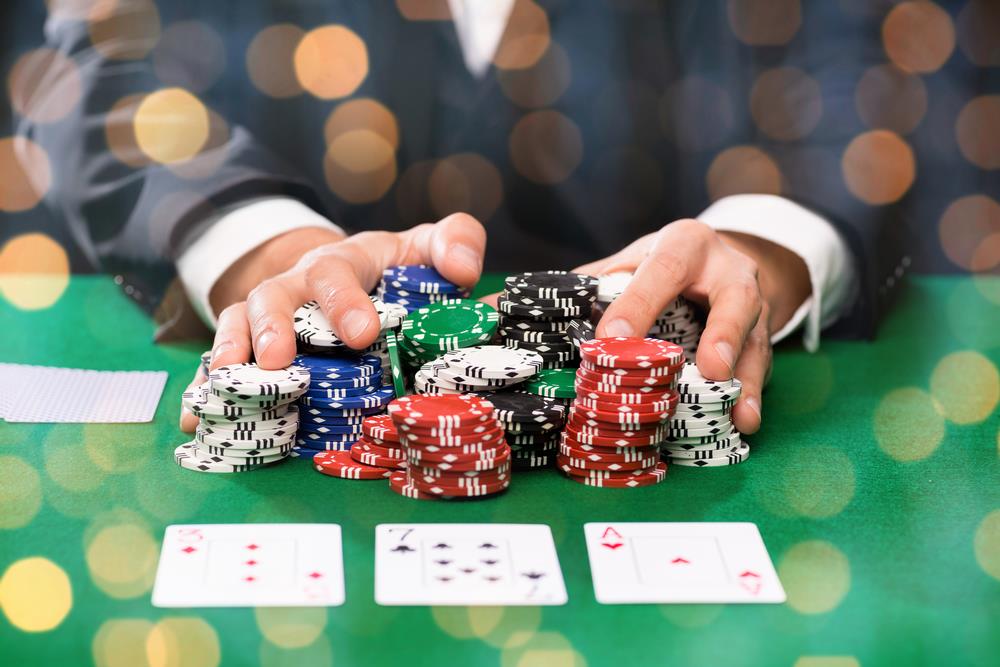 Originally called Casino Brag, the game of Three Card Poker was conceived in 1994 by a man named Derek Webb based on the classic Three Card Brag. The game was designed to strike the perfect balance between the excitement associated with traditional poker games and the quick pace casino games are known for. Of course, it also had all the elements successful casino games share: simple rules, large enough payouts (so it is attractive to players) and a significant house advantage (so casino owners would actually be willing to adopt it).

A Three Card Poker game is played with a standard 52-card deck. It starts with the players placing an Ante bet and an optional Pair Plus bet equal or more than the table minimum before everyone on the table – dealer included – gets dealt three cards each. The players cannot inspect anyone else’s hand save for their own.

Each player then decides to either fold – in which case, they lose their Ante bets – or play by placing a Play bet equal to their Ante bet. Playing could result in any of the following scenarios:

Regardless of whether the players win or lose in the Ante/Play part of the game, if they’ve made a Pair Plus bet, then they win as long as their respective hands contain a pair or higher. The payouts in this case are based on whatever pay scale the casino has in place.

There’s also this thing called Ante bonus. Simply put, it is money that the house pays players, regardless of the hand of the dealer, for having a straight flush, a three of a kind or a straight – which brings us to the next section:

The hands in this game are pretty similar to those used in traditional poker games. Check them out below (arranged in order of descending value):

Noticed how a straight is considered more valuable than a flush in Three Card Poker? Well, that has something to do with the odds of getting a straight dropping the fewer the cards you use.

While any poker game (or any form of gambling for that matter) relies heavily on luck, there are a few strategies seasoned players employ. In Three Card Poker, a common strategy is to fold if you have a hand that’s lower than a Q-6-4. This means that if your highest card is higher than a queen, then you could play regardless of the value of the other two cards. Of course, if you have a strong hand like a straight flush, then your odds of winning are pretty good as well.

Now, if your highest card is a queen, then your second card should at least be higher than a 6. If not, then the odds are against you and you should fold.

As for placing a Pair Plus bet, on the other hand, the odds that you’ll be dealt a pair are about 25% per game. So, it’s really up to you whether you’ll take that chance or not.

Check out this video to see these strategies in action.

Think you’re ready for some real money poker action online? Then sign up for a www.safeclub.com account today! We’ll also be regularly sharing more of these poker tips to help you get even better so check back again soon!