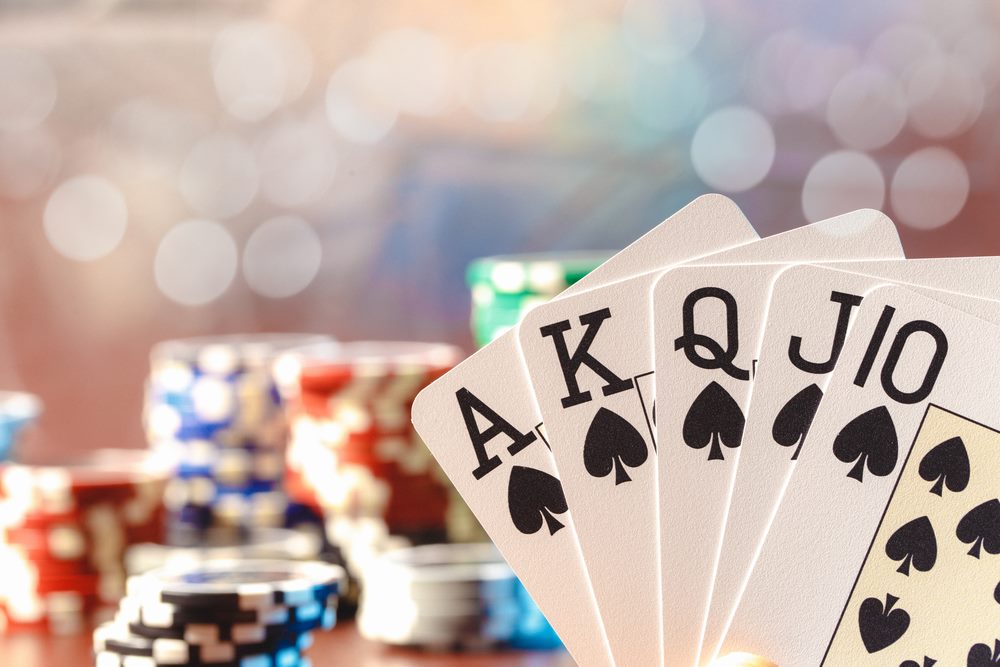 Well, poker is, first and foremost, a game of hands (i.e., a set of cards if you’re new to this game). The main goal is to either have the best one or convince everyone else at the table that you do. Of course, the only way you’ll know whether you have a winner or not is by understanding all the different hands at your disposal and how each one relates to the others.

Needless to say, knowing how good (or bad) your hand allows you to cook up effective strategies to either win, psych out your opponents or even save a couple of bucks if you end up with a hand that has absolutely no chance of winning.

Before we get to the actual hands, however, let’s first quickly go over the different card rankings in poker. Most traditional games use a standard 52-card deck, and while there are some games that introduce extra decks in the mix, in most cases, the cards are still ranked from ace to 2, with aces being the highest and twos being the lowest.

Take note, however, that the ace can be used either as a high or low card in a straight (which we’ll discuss in more detail in the following section).

Finally, poker games generally don’t use suit rankings so a 10s is considered equal to a 10d.

Let’s now move on to the thing that you came here for: the different five-card poker hands (arranged from highest to lowest) pretty much all standard games use. Read on!

This hand consists of five cards of the same suit in descending sequential order starting with an ace as in Ac Kc Qc Jc 10c. In case there’s a tie, the pot is split evenly.

This hand is practically the same as a royal flush. The only difference is that the hands don’t have an ace as a high card as in 10d 9d 8d 7d 6d. In this case, if two or more players end up with straight flushes, the person with the highest high card wins the pot.

As the name suggests, this hand consists of four cards of equal value. But since we’re talking about five-card hands, the hand also comes with another random card to complete the set as in 9d 9h 9c 9s 5c.

Of course, no two people can have the same four of a kind hand so the one with the higher set wins. A different set of rules apply to games that use more than one deck, but we’ll save that topic for another day.

This hand is made up of five cards of the same suit as in 10d 7d 5d 3d Ad. In the event of a tie, the player with the highest high card wins.

Any five cards in sequence is considered a straight as in 7h 6d 5c 4c 3s. If there’s a tie, the person with the highest high card wins.

Interestingly, you can use an ace as a low card for this type of hand as in 5c 4h 3d 2c As.

This hand’s essentially a full house but instead of needing an extra pair of equal-ranked cards to complete the set, any two cards would do as in 3h 3d 3s 10c Jh. The player with the highest three-of-a-kind set wins in case of a tie.

As you may have guessed, this hand is made up of two sets of two equal-ranked cards (plus a random card to complete the set) as in 7h 7d 5c 5h 2s. If there’s a tie, the highest-ranked pair (or second pair) wins.

This hand’s essentially a two pair but with only one set instead of two as in Jd Jh 8c 7s 2h.

This hand consists of five random cards as in Kd 10h 9c 4s 2c. The only way to win in case of a tie is to have the highest high card in the bunch.

Why the hand rankings?

It has something to do with probability. Simply put, the more infrequently a hand shows up, the more valuable it is. Obviously, a royal flush is so much more difficult to come by than a simple high card hand. If you wish to know why (and you happen to love math), then you can head on over here for a more detailed explanation. The page is pretty old but the author did an awesome job of explaining how the whole thing works.

Now, if you hate math and are looking to go straight to enjoying some real money poker action online, then sign up for a www.safeclub.com account today and start playing! We’ll even help you get better by regularly posting poker tips like this one so stay tuned for those as well!