Poker Hands in Order of Strength 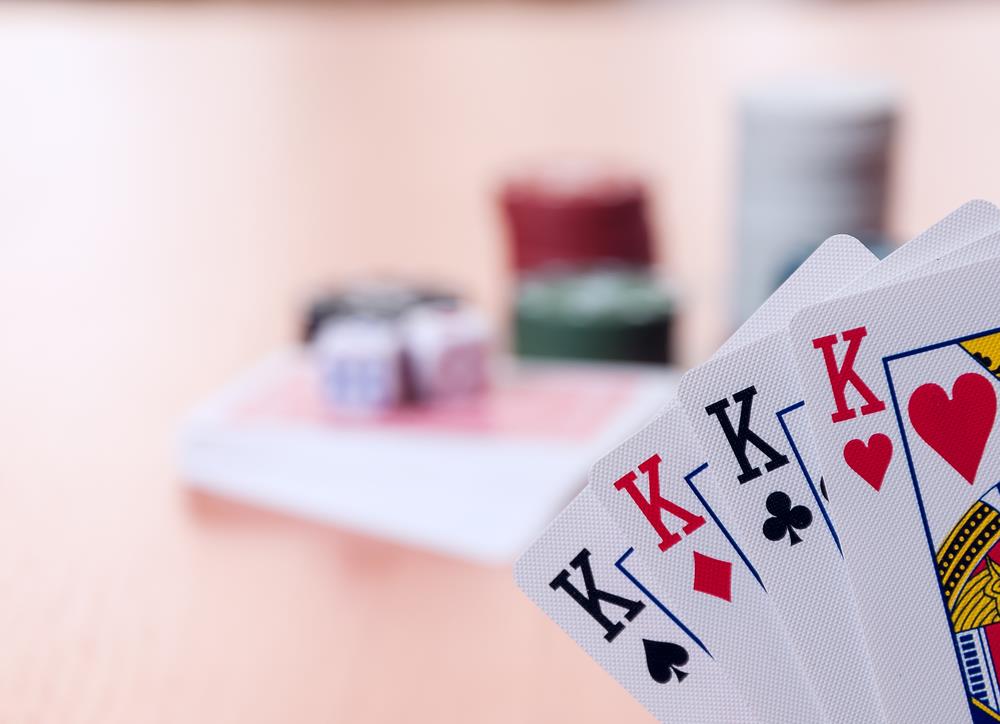 To fool or be fooled

Poker is a pretty straightforward game. All you have to do is build a hand that’s strong enough to beat everyone else’s – or trick your opponents that you do have a strong hand regardless of what cards you actually have – to win.

But how exactly do you gauge the strength of your hand? Well, there’s a table below that shows you all the hands at your disposal and how each one of them ranks with respect to all the others. But before we get to that, let us first go over some of the basics:

What is a hand in poker?

Simply put, a poker hand is just a collection of specific cards. At the end of each game (i.e., the showdown stage), all active players must compare their respective hands to determine a winner (or winners in case there’s an unbreakable tie). The player or players with the strongest hand wins the pot.

In most cases (i.e., in standard games like Texas Holdem and Omaha), a hand is made up of five cards. Even in seven-card poker, only the strongest five-card hands get considered. The only difference is that each player gets more cards to work within seven-card games.

The only exception to this five-card hand rule are three-card poker games, where, as the name suggests, only three cards are used to make a hand.

What determines the strength of a poker hand?

Rarity dictates how strong a certain poker hand is. The more difficult it is to get, the higher it ranks. Now, while we won’t actually show you the math behind it in this post, if you enjoy working with numbers or are just curious, then there’s a detailed write-up on the subject right here.

You said something about tricking my opponents. What’s that about?

Well, it’s a technique called “bluffing.” It basically entails making your opponents believe that you either have a strong or weak hand depending on how you want them to act. By making other players believe that you have a strong hand, you can force those with weak hands to fold, thereby decreasing the total number of people you have to compete with come showdown time. By acting weak, on the other hand, you can bait them into raising the pot, which ultimately means more money for you at the end of the game.

All it takes is a bit of acting. Of course, being able to read your opponents would help a lot as well. But be sure to not overuse this technique to prevent your opponents from seeing a pattern and countering.

Poker hands in order of strength

Now that we’re done with the basics, let’s move on to the hand rankings:

The top hand in poker, it consists of five suited cards of consecutive values starting with an ace.

It’s essentially a clone of a royal flush but it uses a king or lower as its highest card instead of an ace.

Four of a Kind Probability

This hand is made up of four cards of the same value and a fifth kicker card.

A trip and pair combo.

Five suited cards of any value.

As you may have guessed, this hand consists of five cards in sequence. The suits do not matter.

Three of a Kind Probability

A pair is just two cards of the same value. This hand has two of them plus a fifth kicker card.

In contrast, this hand only has one pair plus three kicker cards.

It’s called a hand but it’s practically just a collection of random cards. This is what you get by default when you are unable to build anything stronger.

In most cases, it would be best to just fold when you get this hand – unless you’re sure that you can bluff your way to victory.

Don’t worry if the whole subject seems overwhelming. The more games you play, the more you’ll be able to master these things.

Speaking of playing more games, if you want to enjoy real money poker action at the comfort of your home, then sign up for a www.safeclub.com account today!