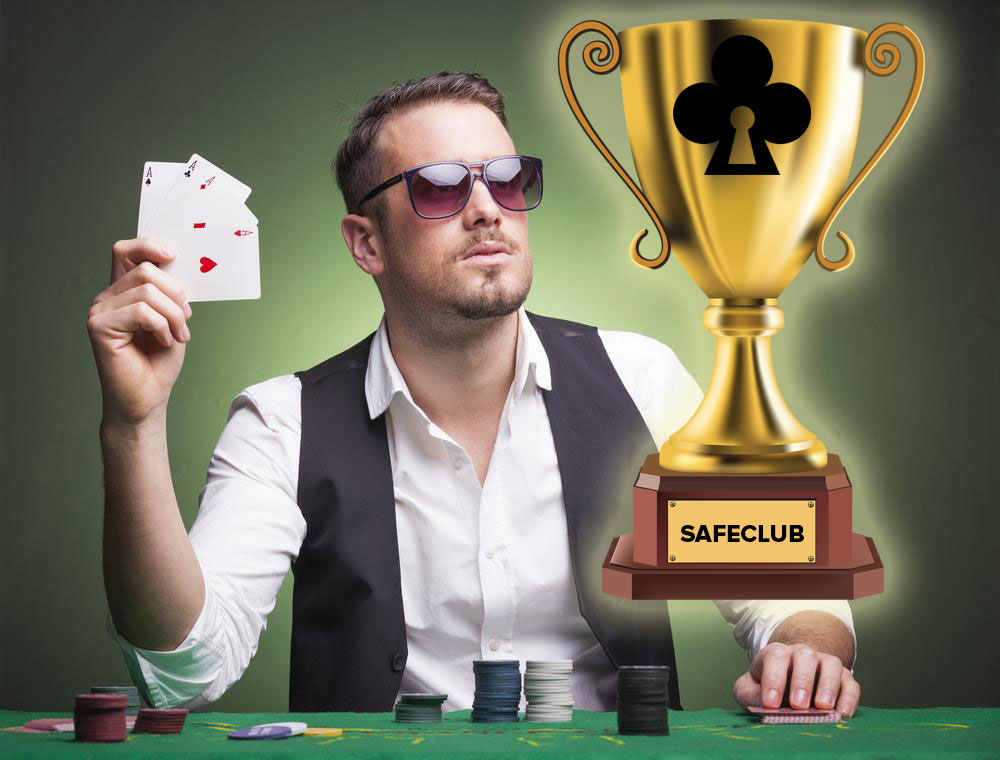 Everything you need to know about poker hands and rankings for standard games like Texas Holdem is shown below (including how to break ties):

Royal Flush Description: With a probability of just 0.000154%, a royal flush is the rarest hand in poker – which also makes it the strongest. It consists of five consecutive suited cards with an ace as the highest card in the set. Ex: Ah Kh Qh Jh 10h

Breaking a Royal Flush Tie: A tie, in this case, cannot be broken since a royal flush can only be made using the same set of cards and the suits don’t hold any value. This means that when two or more active players end up with this hand, the pot is split evenly among them.

Straight Flush Description: A straight flush is essentially just a royal flush. The only reason it ranks lower is that is uses a king or lower as its highest card. Ex: Qs Js 10s 9s 8s

Breaking a Straight Flush Tie: Straight flush ties are broken by comparing the highest cards of each active player holding the hand. If everyone has the same high cards, then the pot is split evenly among them.

Four of a Kind Description: Your odds of getting this hand are 4,164:1. It is made up of four cards of the same value plus a random fifth card. Ex: Ad Ah As Ac 7s

Breaking a Four of a Kind Tie: Obviously, there’s no way two or more players can hold the exact same four cards so the only way a four-of-a-kind tie happens is when the four cards are on the table. In this case, the pot is simply split evenly among all active players with the hand.

Breaking a Full House Tie: When two or more active players end up with a full house, the trips get compared first. If they’re of the same value, then the pairs get checked. If they’re still the same, then the pot is split evenly among all players with the hand.

Flush Description: Made up of five suited cards of any value, there are 5,108 ways to make this hand using a standard 52-card deck. This, however, doesn’t mean that a flush is easy to come by. In fact, your odds of getting one are just 508:1. Ex: Jc 9c 7c 5c 3c

Breaking a Flush Tie: First, the high cards are compared. If they’re the same, then we move on to the second highest and then the third. This continues until a winner is determined.

Straight Description: A little more common than a flush with odds of 254:1, a straight is made up of five consecutive non-suited cards. Ex: Qd Jc 10s 9c 8h

Breaking a Straight Tie: The process for breaking ties, in this case, is pretty much the same as with flushes.

Three of a Kind Description: Made up of three cards of the same value plus two more random cards to complete the set, you have a 2.1128% probability of getting this hand. Ex: 5h 5s 5c Kd 10s

Breaking a Three of a Kind Tie: Needless to say, in case of a tie, the player with the highest trip wins. But if all tied players have trips of the same value, then a fourth and, if needed, a fifth kicker card is used to break the tie.

Two Pair Description: This hand is made up of, as the name implies, two sets of pairs. Of course, it also comes with a random fifth card to complete the set. Ex: Kd Kh 9d 9c 7s.

One Pair Description: A hand with just a single pair and three other random cards to complete the set, it’s pretty easy to come by with a probability of 42.2569%. Ex: 2d 2h Ks 7c 3s

Breaking a One Pair Tie: In this case, ties are broken in practically the same way as with two pair hands but with just a single pair and three kicker cards to work with.

High Card Description: This hand is just five random cards. Obviously, a hand like this would be extremely easy to come by. In fact, at 50.1177% probability, it is the easiest (and weakest) poker hand to get. Ex: Kd 8c 6s 4h 2h

Breaking a High Card Tie: As the name implies, the player with the highest high card wins in case there’s a tie. If all tied players have high cards of the same value, then the second highest card gets compared. The process goes on until a winner is determined.

Of course, the only way to really master poker hand rankings is to play a lot of games. So, why not sign up for some real money poker action online today at www.safeclub.com?