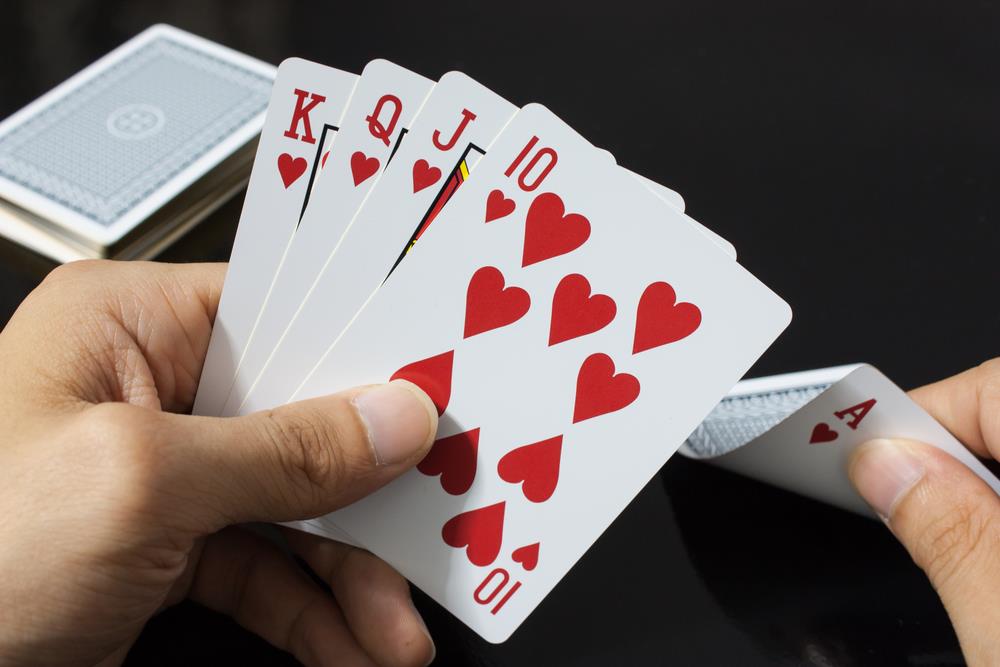 Strictly speaking, in most standard poker games like Texas Holdem, there are only two types of hands that you should be concerned about: starting hands and the actual five-card poker hands. Let’s take a look at each one below:

As the name implies, a starting hand is made up of the initial cards that you are dealt. In games like Texas Holdem, it consists of a pair of cards that you could later on turn into a full five-card poker hand once all community cards are revealed.

Now, while there’s really no way to know for sure whether or not a specific starting hand would turn into a winner come showdown time, seasoned players know, based on experience (and a little bit of math), that certain starting hands have a better chance of building into something strong later in the game over others. These are called premium starting hands. In Texas Holdem, they are as follows:

If you’re a beginner, it would be a good idea to start out only playing when you get any of these starting hands and just folding when you get anything else. Of course, the more games you play and the better you get at strategizing, reading your opponents, and bluffing (which you can learn more about here), the more starting hands you can add to your play list.
Let’s now move on to the next type of poker hands you should familiarize yourself with:

Most standard poker games, even the three- and seven-card varieties, only compare the strongest five-card hand the players can build come showdown time.

Listed below are all the five-card hands at your disposal:

The most difficult hand to come by in poker, the royal flush only has a 0.000154% probability of occurring. It is made up of five suited cards of consecutive values and uses an ace its highest card. It is considered the strongest hand in poker.
Ex: Ac Kc Qc Jc 10c

This hand is pretty much the same as a royal flush. The only difference is that it has a king or lower as its highest card, which is why it only comes second on the list.
Ex: 10s 9s 8s 7s 6s

Made up of four same-valued cards and an additional random fifth card, the odds of any player getting this hand are 4,164:1.
Ex: 8d 8h 8s 8c As

This hand is made up of two parts: a trip and a pair. A trip consists of three cards of the same value while a pair, as you may have figured out by its name, is made up of two same-valued cards.
Ex: 4d 4h 4s 8s 8c

Remember the straight flush? Well, this hand is pretty much the same thing except that it doesn’t require your card values to be in consecutive order.

Mathematically speaking, there are 5,108 ways you can build a flush with a standard deck of 52 cards. Regardless, the hand is still quite difficult to get. In fact, your odds of doing so are just 508:1.
Ex: Kh 9h 6h 4h 2h

Another hand that’s derived, if you will, from a straight flush, a straight does not care about the suit of your cards. All you need to build one are five cards of consecutive values.
Ex: Kd Qc Js 10c 9h

With a 2.1128% probability of occurring, this hand is essentially just the trip part of a full house plus two additional random cards to complete the set.
Ex: 3h 3s 3c Qd 8s

Remember the pair part of a full house? Well, just take that then add another pair plus one more random card and you have a two pair hand.
Ex: Jd Jh 8d 8c 3s

No need for long explanations for this one. It’s just a pair of same-valued cards plus three other random cards to meet the five-card requirement.
Ex: Qd Qh As 3c 2s

If you can’t build any of the preceding hands, then you get this one by default. It’s made up of just five totally random cards.

Now, are you ready to enjoy some real money poker action online? Then sign up for a www.safeclub.com account today! And check back again soon for more poker guides, tips and tricks like this one!