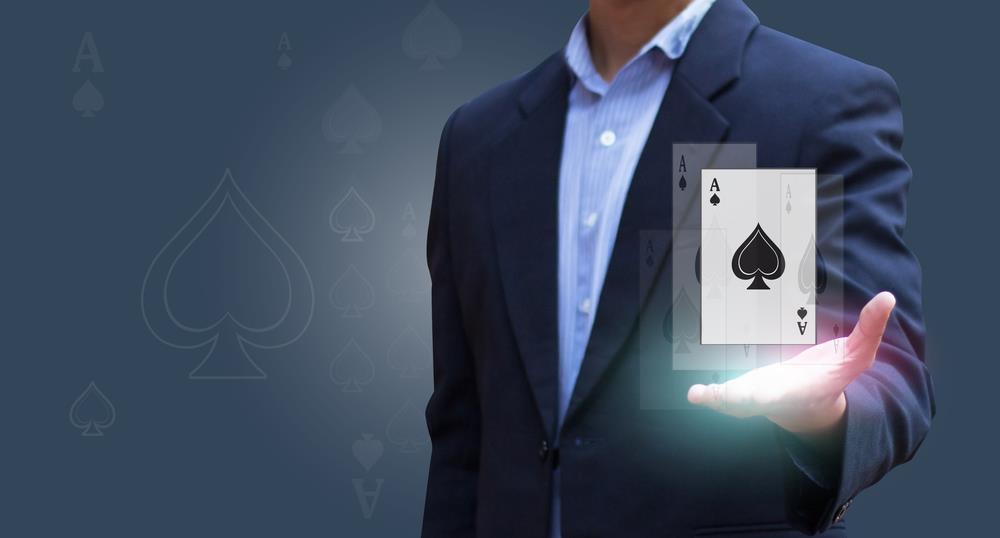 Poker: More than a Game of Hands

Know how many ways to win

If you’ve been reading these free poker guides for a while now, you’ve probably seen some posts where we said that poker is a game of hands. So, does this article mean we’re contradicting ourselves? Well, the short answer is no. You see, poker is indeed a game of hands – but it’s also a whole lot more than that because there are more ways to win than by just getting a winning hand.

Before we get to these alternative methods of winning, however, let us first do a quick review of the hand rankings most standard games like Texas Holdem follow because getting a strong hand is still the most straightforward way to victory.

4 Possible Royal Flush’s (Using a 52-card Deck)
Made up of five suited cards topped with an ace, a royal flush is the strongest five-card poker hand you can get.
Ex: Ac Kc Qc Jc 10c

Don’t know what a trip or a pair is? We’ll talk about them in greater detail in the “Three of a Kind” and “Two Pair” sections (respectively) below.
Ex: 4d 4h 4s Ks Kc

10,200 Possible Straight’s (Using a 52-card Deck)
In contrast, this is a non-suited hand but made up of cards with consecutive values.
Ex: Kd Qc Js 10c 9h

This hand, as the name suggests, has two sets of pairs (plus a random fifth card to complete the hand).
Ex: 8d 8h 3d 3c Ks

1,302,540 Possible High Card’s (Using a 52-card Deck)
This hand can barely be considered as one since it’s just something that you end up with by default if you can’t build any of the preceding poker hands.

Needless to say, it’s the weakest one you can get, and when you do get it, in most cases, your best bet is to just fold – unless you’re good at reading other players and bluffing, in which case, a high card hand could very well be a royal flush in your hands.

We’ll talk more about the basics of bluffing in the section below.
Ex: Jd 7c 5s 3h 2h

Now that we’re done with the review, we can move on to how you can win your next poker game regardless of the actual cards that you have through bluffing:

Simply put, this is the act of making your opponents think that you have a strong hand even if all you have is, say, a high card hand.

This technique, on the other hand, is the opposite of intimidation. It involves making the other players at the table think that you have a weak hand when you actually don’t so you can trick them into playing and maybe even raising the pot.

If you’re wondering just how effective a well-placed bluff could be, then look up some videos on Youtube.

Be sure, however, to bluff sparingly and keep mixing your techniques up because if you keep doing the same thing over and over, your opponents would most probably catch on and adjust their strategies to counter yours. And, again, it would also help to learn to read your opponents before trying these techniques out to further up your chances of succeeding.

But don’t forget that folding is another valid (and at times crucial) strategy because while it doesn’t allow you to win the pot, it enables you to cut back on your losses.

Ready to put all this new knowledge to the test? Sign up for a www.safeclub.com account today to start playing real money poker online!