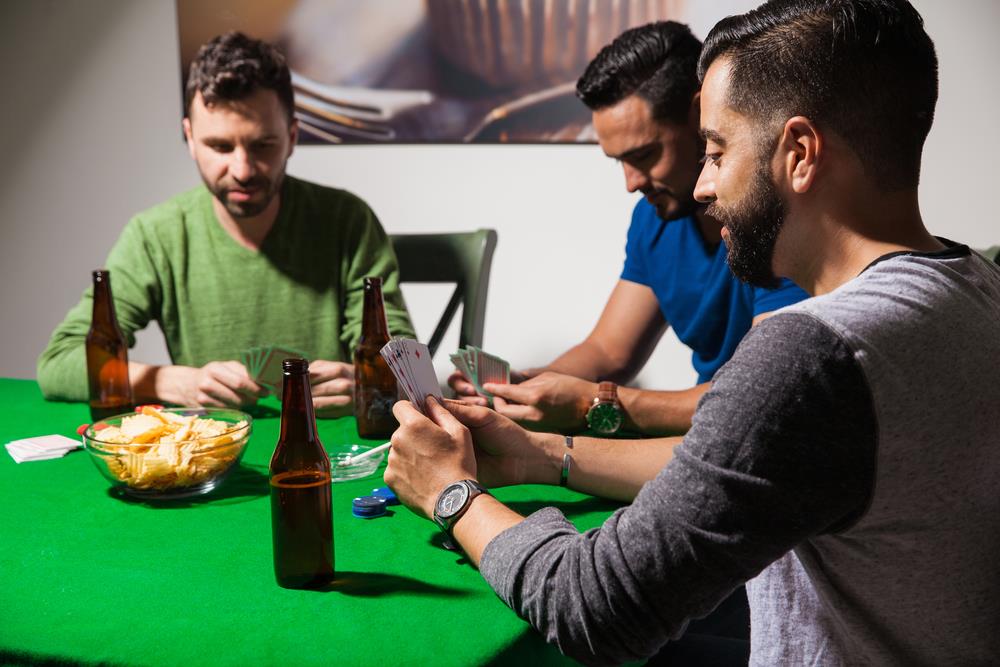 What is Three Card Poker?

As the name suggests, it’s a kind of poker game that uses only three cards instead of five to build hands. It’s generally faster-paced compared to classic titles like Texas Holdem as it was originally designed to combine the thrill of traditional poker with the quick pace of casino games.

The rules of the Three Card Poker are also a lot simpler compared than most other kinds of poker, so it’s perfect for both beginners who are looking to get into the game for the first time and seasoned players who are looking for a simpler yet equally exciting poker game to play.

We’ll talk more about play wagers later, but for now, let’s first go over the objective of each type of waver:

In Ante/Play, the goal is to simply build a hand that’s stronger than the dealer’s. In Pair Plus, on the other hand, the objective is to just get at least a pair.

Once the posting of all Ante and Pair Plus wagers is done, the dealer proceeds to deal each player three cards face down. The players must then decide whether to play or fold depending on how strong their respective hands are.

Three Card Poker uses a single deck of 52 cards, and just as in pretty much every other variety of poker, the ace is the highest card and the 2 is the lowest. The only time aces can be used as low cards is in straight flushes or straights.

As for the hand rankings, they are as follows:

Any player who decides to play must bet an amount of money equal to that which they put into the Ante at the beginning of the round. Players who did not place an Ante wager are not qualified to play but can still win money via the Pair Plus wager.

If a player decides to fold, on the other hand, they automatically forfeit any wagers they’ve already placed.

After betting is done, the dealer reveals their cards. If it has at least a queen, the hand is declared open and the showdown could then begin – which leads to any one of these three outcomes:

Now, if the dealer’s highest card is a jack, then they don’t play and all Ante wagers are paid 1:1. However, Play wagers get no action in this case.

This wager does not rely on the dealer’s hand whatsoever, so no matter what happens during the reveal and showdown stage of the game, any player with at least a pair gets paid.

Players who get a straight or higher wins a bonus, provided they placed an Ante wager at the start of the round. The amount of this bonus varies from table to table.

We’ve pretty much covered everything you need to know to get started. All that’s left to do now is practice. Don’t worry, though, because you won’t have to go searching for a casino that hosts Three Card Poker games to do so. Just click here and you’ll be able to start playing right away.

More seasoned players, of course, prefer real money poker. After all, that’s really what the game is all about.

Well, you can also get that right at the comfort of your home. All you have to do is sign up for a SafeClub account and you’ll be able to play action-packed games anytime, anywhere using your computer or smart mobile device. We’ll even help you get better through free poker guides like this one, in addition to proprietary tools that are specifically designed to improve the way you play.