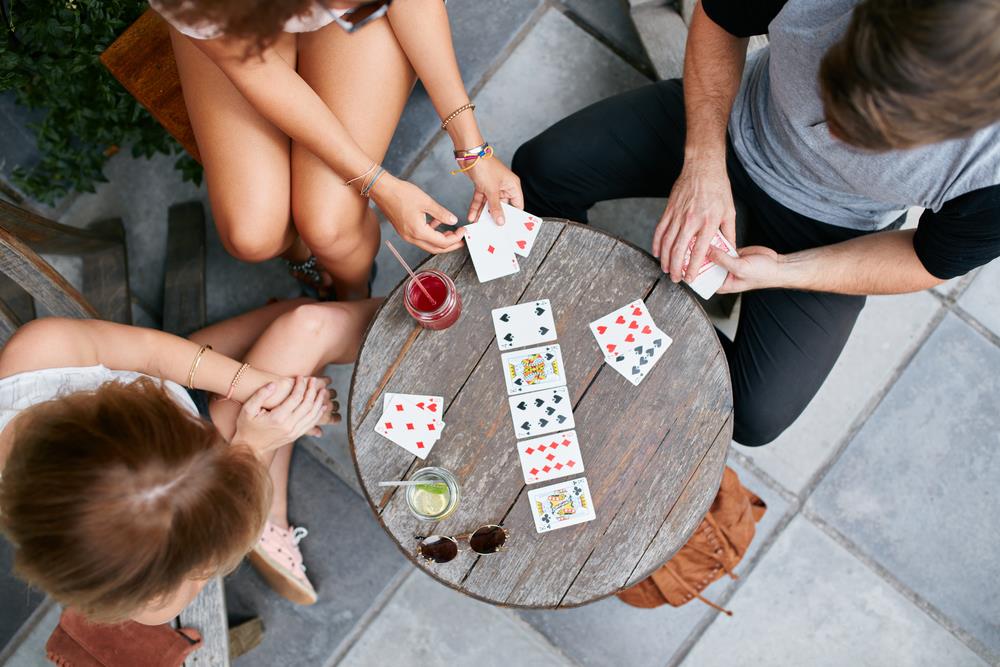 Seven Card Stud is like pretty much every other variety of poker in that the main goal of every player is to win all the money in the pot at the end of each hand. They can do so in two ways:

Before the game can begin, all players are required to post a pre-deal wager called an ante, which amounts to anywhere between 10% and 20% of the game’s small bet. In $10/$20 games, for example, the ante would be worth $1 at 10%.

The purpose of this mandatory pre-deal betting is to get the action going, because as soon as at least one player posts a bet, everyone else has to at least call (i.e., match) it to stay in the game. Otherwise, they’d have to fold (i.e., take themselves out of play for the remainder of the hand).

Of course, it’s also possible for any player to raise or bet higher than the required amount, effectively raising the bet requirement for all other active players.

Each player gets dealt a total of three cards, two face down and one face up. Whoever gets the face up card with the lowest value has to place another forced wager called the bring-in, which is usually around half the amount of the small bet.

In cases where at least two players end up with the same lowest value card, suit rankings are used to break the tie.

After the bring-in has been placed, the action proceeds clockwise with each player either calling/raising or folding based on how strong their respective hands are. Again, if everyone folds except for one player, then that remaining player automatically wins the pot. Otherwise, the game proceeds to the next round, which is called the fourth street.

During this round, all remaining players are dealt one more face up card. Whoever gets the best one gets first action. The game proceeds like before, but this time, each player may choose to check (i.e., keep playing without placing a bet), provided no other active player has placed a bet yet.

If no player has been declared the winner yet at the end of the fourth street, then the game moves on to the fifth street, where each player is given a fifth face up card. Afterward, the game proceeds just like before until it reaches the seventh street where each player is dealt a seventh card face down before the last round of bets are placed.

If at least two players remain after this stage, the game proceeds to the showdown.

During this stage, all remaining players – except for those who decide to verbally concede after seeing the hands of other players — reveal their respective hands (i.e., the best five-card hand they can build out of the seven cards they each have), starting with the last player to place a bet during the seventh street.

The player with the best hand wins the pot. If there’s a tie, however, then the pot gets split among all winning players.

Before you start playing

You now know the rules of the game and how to play it. But before you sign up for your first Seven Card Stud match, check out these basic strategies first to up your chances of winning.

If you enjoy reading these free poker guides and want to play real money poker online, then sign up for a SafeClub.com account today!