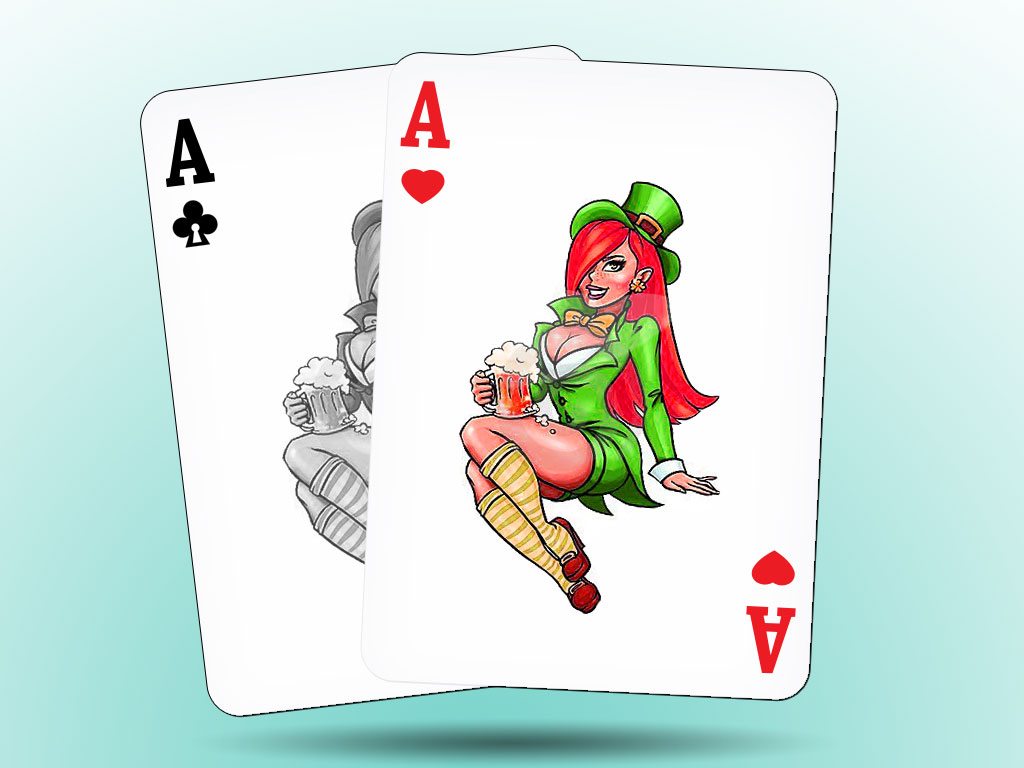 Are you a fan of both Texas Holdem and Omaha and can’t decide which one to play first? Why not play both at the same time? Irish Poker allows you to do just that. The game combines the mechanics of Holdem and Omaha but removes the former’s heavy reliance on players getting good cards pre-flop and the latter’s swingy-ness.

This part of the game is pretty much identical to Omaha. The first two players to the dealer’s left post the small and big blinds respectively. Each player, starting with the small blind, then gets dealt four hole cards.

Once all the hole cards have been given out, action starts with the player to the big blind’s left and then proceeds in a clockwise direction around the table. If no one places a bet until the action reaches the big blind, the big blind is allowed to check (i.e., pass without posting a bet).

This stage, on the other hand, is the same as in both Holdem and Omaha where the first three face-up community cards are revealed in the middle of the table. A round of betting follows, starting with the player to the left of the dealer.

Once all the bets have been placed, all active players discard two of their cards and the game proceeds to the turn and river in the exact same way as in Holdem.

If you need a refresher on how the turn and the river go, click here.

Cards to look out for

Since the early stages of the game are practically the same as in Omaha, you’d want to approach them accordingly. This means you should watch out for the following starting hands:

Don’t worry, though, if you don’t get any of these cards. You can still work toward building a better hand later in the game as more community cards are revealed.

Cards to let go of

The decision as to which cards you should discard after the flop would ultimately depend on the community cards on the table at that point. Just like in Holdem and Omaha, the goal in Irish Poker is to also build the strongest possible hand, so you should keep the two hole cards that seem to have the best potential based on the community cards on the table.

Irish Poker uses the exact same rankings as both Omaha and Holdem:

And with that, we’ve covered practically everything you need to know about Irish Poker. It truly is a fairly easy poker game to learn, especially if you’re already familiar with both Omaha and Texas Holdem. Save for some minor differences in mechanics, Irish Poker is pretty much really just a combination of these two popular poker games.

Speaking of popular poker games, we have a host of them at SafeClub.com! Our online platform allows you to enjoy all the real money poker action you want without the hassle of driving all the way to an actual casino to join a live game or tournament.

And before you dismiss SafeClub as just another poker website, let us first give you a quick overview of why you’d want to play here: