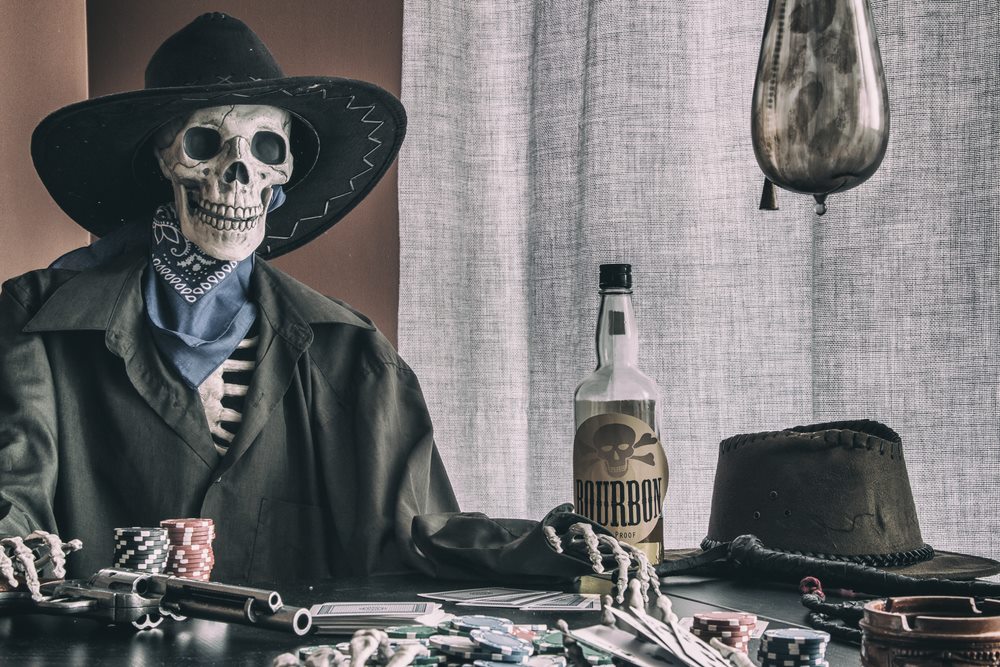 What is Mexican Poker?

A variant of Five Card Stud, Mexican Poker is a fun poker game played using a single standard deck of cards with the 8s, 9s and 10s removed and replaced by a single joker.

Unfortunately, you may have a difficult time finding a casino that spreads this game because aside from the few poker rooms in the Los Angeles area and the Bicycle Casino in Bell Gardens, there aren’t many other venues that do. But there’s nothing stopping you from playing with your buddies at home anyway, so that shouldn’t really be a problem.

All participating players must place an ante, which is typically half of the lower limit in fixed-limit games. Once all the pre-deal wagers have been posted, the dealer hands each player one face-up and one face-down card.

The dealer position, as in other popular poker games, is marked by a button, which also serves two other purposes:

As soon as all players have been dealt their respective cards, the first of four action rounds begins, with the player with the lowest face-up card posting either a full bet or a forced bet called a bring-in. The bring-in is usually lower than the bottom limit in fixed-limit games. The player is not allowed to check (i.e., pass) or fold (i.e., take themselves out of play) at this stage of the game.

Action then proceeds in a clockwise fashion with players calling (i.e., matching the current bet amount), raising (i.e., betting more than the call amount) or folding.

Once all active players get their extra cards, the next round of action begins, with the player with the best face-up hand making the first move. This deal-action cycle repeats two more times and then the game moves on to the showdown stage, provided there is more than one active player left. Otherwise, the remaining player wins the pot by default.

If two or more player reach the showdown stage, then they compare hands, and the player with the best one wins the pot (or splits it evenly with other winning players in case there’s a tie).

Mexican Poker uses pretty much the same hands used by games like Texas Holdem but with the addition of a five of a kind hand. Also, flushes rank higher than full houses in this game simply because the deck the game uses makes the flushes come out more infrequently.

A joker can be used in two ways in Mexican Poker:

Players with bugs must mark their face-up jokers on the table using a sign or special button to differentiate them from totally wild jokers that have been turned face up after being dealt face down.

That’s it! If you enjoyed this free poker guide, then sign up for a SafeClub account for more. Your account will also give you exclusive access to unlimited online real money poker action and free poker tools designed to help you win more games.