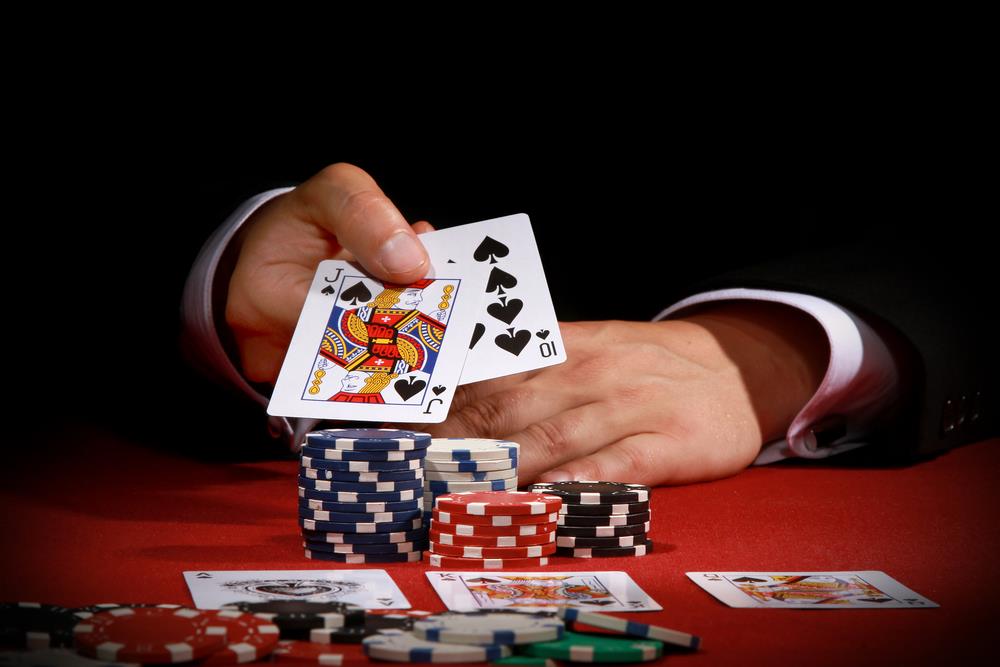 More popularly known as Six Card Golf (or just Golf), Polish Poker is a unique variety of poker in which the objective is not to get the best possible hand, but the lowest possible score (i.e., the total value of cards) after nine deals – much like an actual game of golf.

A game played by a maximum of four players uses a single standard deck of 52 cards. Games with more players require additional decks.

The game starts with each player getting a total of six face-down cards, which they would arrange in a 3×2 fashion in front of them on the table like in the example below:

What’s left of the cards is set face-down in the middle of the table as a draw pile. The top card from the draw pile is then drawn, turned face up and put right beside the draw pile to start a discard pile.

Each player then turns any two of their cards face up:

Again, the goal in Polish Poker is to get the lowest possible score, and you can do so by swapping out your high-value cards for lower value ones or pairing them with cards of the same value to cancel them out.

Let’s take a look at our sample cards again:

If, for example, you drew a 7D, then you can swap out the face-down CARD 4 for it, which would give us something like this:

This new arrangement pairs the 7H with the 7D (pairs must always be in the same column), effectively canceling out its value and giving us a total of 0 points for the first column.

A round ends when all players have all their cards turned face up. The player with the lowest score after nine holes (i.e., rounds or deals) wins.

Based on what you’ve seen so far, the game seems simple enough, right? Polish Poker, however, can be played in many ways. Some games use as many as nine player cards (including jokers) per round and an alternative scoring system. Others even have penalties and bonuses. If you wish to learn more about them, click here.

Now go out (or don’t) and start playing Polish Poker!

What’s the use of all this poker knowledge if you won’t actually play, right? But don’t drive to a casino just yet! You can get the same real money poker action online right at the comfort of your own home by signing up for a SafeClub account right now!

Why SafeClub, you ask? Well, there are three reasons:

We have several proprietary tools in place to not only prevent any form of cheating, but also give every player an equal fighting chance. We get the former done using our Safesight™ Firewall that’s designed to keep anyone (including us) from peeking into your hand. As for the latter, on the other hand, we use a human-like card dealer that hands out 100% random cards 100% of the time.

In addition, still in the spirit of promoting fairness, we also don’t allow any of our employees to join any of the games.

Simply put, you get to take home every single cent you win. After all, you did all of the work, so it’s only fair that you get to keep all of the money. Where else can you find an online poker site that works this way?

We’re not in it for the money. In fact, we donate 100% of the money we make to charity. This means that we have absolutely no reason to hold you back and every reason to help you win – which we actually do through our free poker guides and tools.