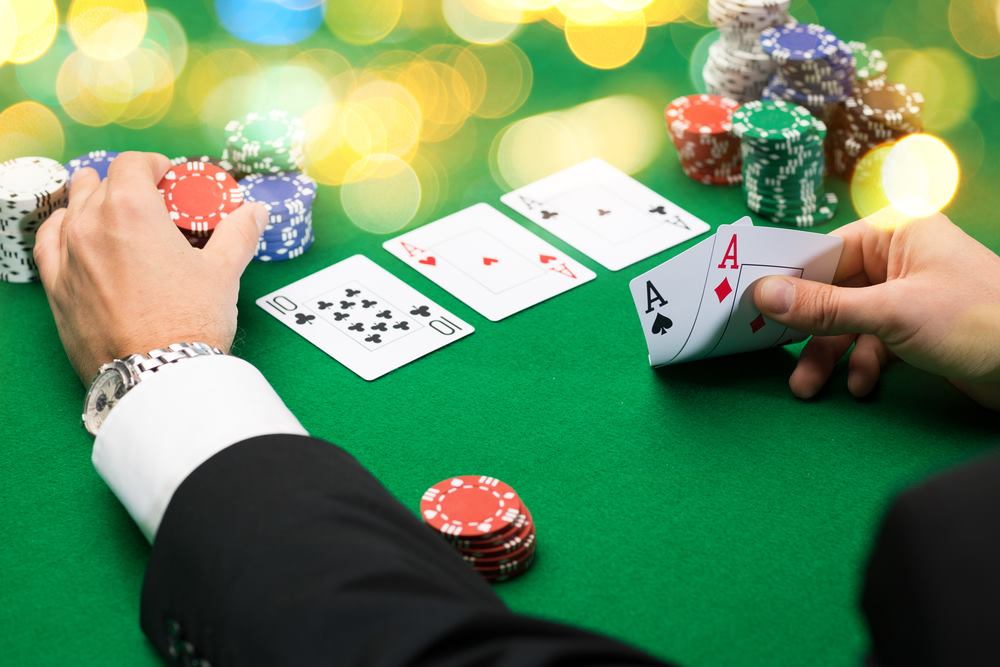 In most cases, different poker tournaments have their own set of rules. For the most part, however, they still follow the ones outlined in Robert Ciaffone’s Robert Rules of Poker – which we’ll talk about in detail below:

Seats are generally determined either by assignment or random draw, except in one-table satellite events where early birds are typically allowed to pick their seats.

Once play starts, players are no longer allowed to move to a different seat unless the tournament director decides otherwise.

Any player who cannot make it to the start of a tournament may request for their chips to be left untouched until their arrival. Absentee players who cannot be contacted, however, may be eliminated from play anytime after a new betting level is reached or 30 minutes passes, whichever happens first. They are still dealt cards, put up for antes, blinds and even forced bets until then.

Starting chips may be stacked in an unoccupied seat to accommodate any late entrants. The tournament director may decide to remove these chips at any point during the event.

Both are raised at pre-determined intervals. New limits automatically apply to the next deal after each betting level.

Lower denomination chips are combined and changed up to higher denomination ones when they are no longer necessary to the ante or blind structure. Each odd chip left is then removed from play and exchanged for a card.

Any player present at the table can pause the action by calling “time.”

Any player not at their seat (i.e., within reach of their chair) by the time the first card is dealt during the initial deal gets a dead hand.

As the tournament progresses and players are removed from play, tables are broken in a predetermined order. Players from these broken tables are then moved to other tables with empty seats.

The tournament director will make an effort to keep the number of players at each table balanced at all stages of the tournament.

The first redraw for seating happens when there are just three tables left. Another one happens when the field gets reduced further to just two tables. The third and final round is done once there’s only one table left.

For smaller tournaments that have no more than five starting tables, redrawing starts at two tables instead of three.

A player who discovers one or more hidden chips after going all in and losing the pot cannot benefit from the situation. Instead, they are eliminated if the opponent has enough chips to cover the difference. In some events, the opponent can just do a re-buy in case they don’t have enough chips to do so.

A player who doesn’t have enough chips to cover a blind or forced bet can still get in on the action but only on whatever the remaining amount is.
On the other hand, if a player posts a short blind and then proceeds to win the pot, they are no longer required to cover the blind.

Upon elimination, each player must immediately leave their seat.

Players are not allowed to reveal their cards during a live deal, except in cases where there are only two players left in the event. A prematurely revealed hand may be declared dead, and the owner of that hand may be penalized, provided they deliberately showed their cards.

Any player who acts in a way that disrupts the game or offends other players may either be dealt out for a certain period of time or completely kicked out of the game, depending on the severity of the offense.

The only time a deck can be changed before the dealer changes is when it contains a damaged card.

To determine the starting position of the dealer button, the dealer hands all of the players one card each. Whoever gets the highest one, gets assigned the button first. The button will then stay in place until all the required blinds are taken.

Any player who joins a game is immediately dealt in, except in cases where they are seated either in the button or small blind position. In both cases, they are required to wait for the button to pass.

Also, in every heads-up play that has two blinds, it is always the small blind that gets assigned the button.

Whenever a downcard gets dealt face up in Stud games, a misdeal is called.

Any player who announces their intent to make a rebuy prior to the deal is required to push through with it.

Whenever a player goes all-in after betting is done, all players are required to reveal their hands.

In cases where two or more active players go broke within the same hand, whoever had the most money at the start of the hand places higher in the tournament.

Tournament organizers and even the management of the casino in which an event is held cannot be held responsible or asked to pass judgment on any deal that is not covered by the official tournament rules. This includes (but is not limited to) side bets, private deals and anything concerning the redistribution or division of the prize pool.

The tournament director, however, may choose to ensure that such agreements, though frowned upon, are carried out by all parties involved.

Also, such agreements are deemed improper when they do not involve all active players.

Events must be played until completion, but the organizers and management of the venue where it is set to be held can either cancel it or make changes to it, provided these alterations are fair to all participants.

Whew! That was quite a read, right? Why play a couple of rounds of real money poker online right now to unwind?