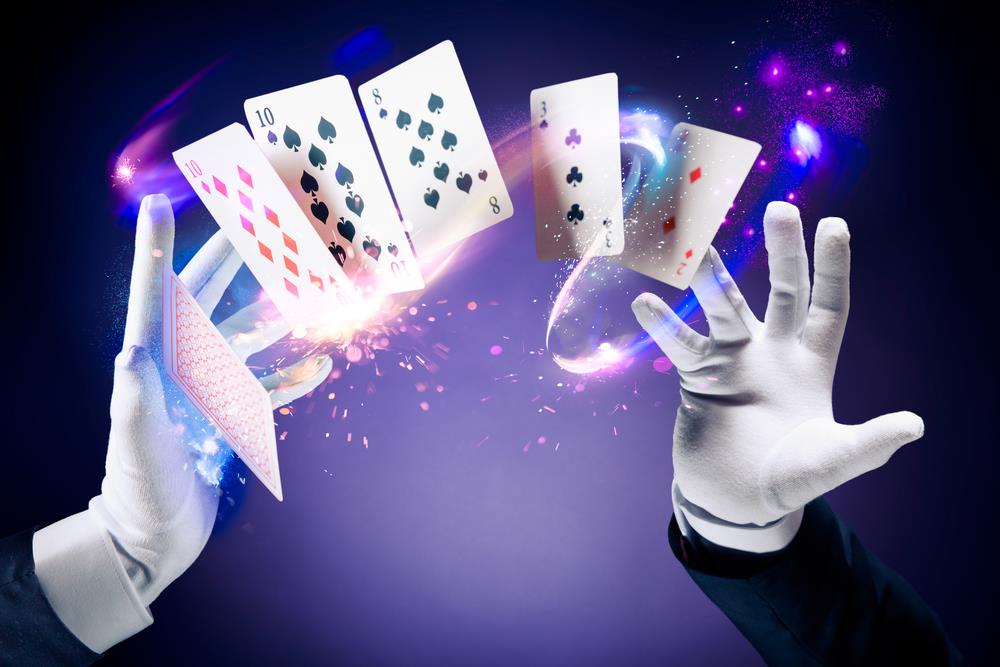 Poker is just like any other activity: the more you do it, the better you get at it. But that doesn’t mean you can’t speed the process up a bit—which is what this page is all about. We’ve compiled 10 tips that zero in on the key aspects of the game that you should work on so you can transition from beginner to all-star poker player much more quickly.

Tip #1: Decide what kind of poker player you want to be

Do you want to play poker seriously or just for fun? You need to make this decision up front because your answer would ultimately dictate the amount of effort you would need to put out in mastering the game and crafting winning strategies.

Now, let’s say you decide that want to play seriously. The next question would be whether you are ready (and able) to put in hours upon hours mastering every aspect of the poker game (or games) you want to play. Of course, if your answer to this is no, then maybe playing for fun would be a more fitting choice—which doesn’t necessarily mean that you’d purposely be playing to lose. It just means you’d be setting more realistic goals and expectations.

Tip #2: Don’t put too much focus on getting the win

Instead, focus on developing the ability to make the most out of every situation at every stage of each game you play. The better you get at doing this, the more easily it would be for you to win. And don’t worry about losing a couple of games along the way either. Everybody does. Even the best poker players in the world today have seen their fair share of losses—probably more than most amateurs. It’s how you learn to play better.

Think of it as driving. Instead of focusing on your destination, just concentrate on operating the vehicle and going in the correct direction and you’ll naturally get to where you need to be.

Your opening play could easily make or break the rest of the game for you. This is why it’s essential for you to gain a solid understanding of how the starting hands in the specific type of poker you’re playing work. You should strive to know them so well that one look tells you exactly what your next move should be. The last thing you want is to misread the strength of your starting hand, play extra aggressively and then end up with a mediocre hand come showdown time.

A great opening play is great and all but it can only take you so far. You’d still need to do well the rest of the game if you want to win. Unfortunately, this is where most poker beginners start to falter because it takes so much more than just memorizing a couple of card combinations. It is where calculation, pattern recognition and more dynamic strategies come in. It requires you to respond—near instantly—to the cards that come out and the moves made by your opponents. The good news, though, is that the more games you play, the better you’ll become at doing this.

Tip #5: Keep your emotions in check

Good poker players are always on the lookout for physical cues as to what their opponents’ next move might be. Of course, the more emotional a person gets, the more of these cues they begin to show, making it easier for the other people at the table to read them. This is why you should always be in control of your emotions, keeping as straight a face as you can and minimizing any mannerisms that might give you away.

Interestingly, though, you can also use these physical cues to your advantage. You can act weak and worried to bait the other players to play more aggressively or pretend like you have an unbeatable hand to get them to fold. You see, poker is not just a game of chance. Your ability to psyche your opponents out plays an equally important role in determining whether you’ll win or lose.

Tip #6: Master the different styles of play at your disposal

While there are countless playing styles in poker, most of them fall into one of four general categories: tight, loose, aggressive, passive:

Before you choose a specific playing style to use, however, you should consider that the best poker players tend to use a combination of all four styles, constantly shifting from one approach to the next depending on how the game plays out—which is exactly what you should also learn to do. Sticking to just one style makes you too predictable and inflexible—two things that have no place at a poker game.

Beginners, however, tend to do well with a tight-aggressive style of playing, so if you’re just starting out, then this approach is perfect for you. Playing fewer hands means you avoid unnecessarily putting yourself in bad situations. Being active and placing bigger bets, on the other hand, would allow you to not only learn the mechanics of the game faster, but also help you build the confidence needed to play with more seasoned poker buffs.

Tip #7: Make the most out of your position

Dealers generally get last action in most standard poker games. This means that the position affords a player the opportunity to make a more informed decision as to what their best move would be because everyone else have already laid their cards on the table, so to speak. So, always try to take advantage of the situation whenever the button lands in front of you, and play a bit more cautiously when it’s in front of someone else.

We get it. It’s fun to play mind games with your opponents. But bluffing, when done too much or at the wrong time, could easily put you in a bad position, especially if you’re playing against experienced poker players. So, before doing it, ask yourself this question first:

“If I actually had the cards that I want my opponents to think that I do, would I still play the same way?”

If your answer is no, then your bluff probably won’t be good enough to convince your opponents so you shouldn’t proceed.

Tip #9: Master your odds and outs

Outs, on the other hand, are just the cards that you need to complete your hand.

Knowing how to calculate or at least estimate the odds of your outs appearing could help you plan your moves more effectively and ultimately increase your chances of winning.

Let’s say, for example, that there’s currently a total of $10 worth of chips in the pot and your heads-up opponent wagered their last $10. To win the $20 pot in this situation, you’d have to call your opponent’s $10 wager. This means you’re paying $10 to win $20, which is expressed as 2/1 pot odds.

The question now is, “are these pot odds worth it?” Well, it would ultimately depend on how good your hand is (or at least how good the odds are that your outs will appear in the next deal). If your chances of winning are extremely good, then go ahead and call. Otherwise, it’s probably wiser to just fold.

That’s it! If you want to read up on tips specific to the different types of poker games, then click here. Otherwise, the only thing that’s left to do is put your new knowledge to the test by actually playing some games—which we can also help you with. Just sign up for a SafeClub.com account to get instant unlimited access to real money poker that you can play right at the comfort of your own home.